We do. The WHOLE world needs women and their brilliance.

This is how it looks: 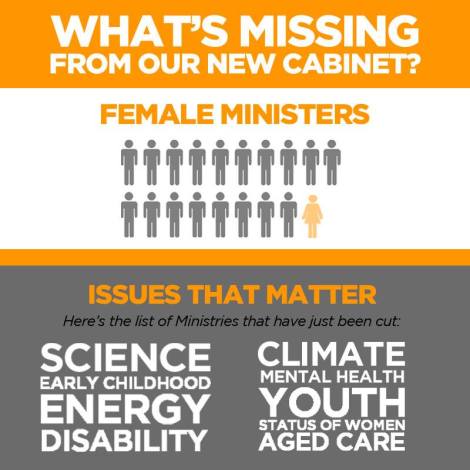 Just as I had disappointments with the Labor Government and some of their respective policies during their time in government, the same will apply to the Liberal Government. NO government ever gets it right for everyone all of the time.

Before you fill up my comment section about the world not revolving without men.  You are absolutely right.

There is no community without men.

There is no community without women.

There needs to a balanced approach.

Yes, I think there is something wrong here, and yes, I absolutely think it needs fixing.

Mr Abbott being unable to identify more women as part of his ‘Best Team’ is consistent with these comments:

** ‘What the housewives of Australia need to understand as they do the ironing is that if they get it done commercially, it will go up in price.’

** ‘I think it would be folly to expect that women will ever dominate or even approach equal representation in a large number of areas, simply because their aptitudes, abilities and interests are different for physiological reasons.’

It appears his ridiculous comments were not just ‘Gaffes’ (as he described them) but a core belief.

Frankly, I find it disturbing.

I wouldn’t be happy with a Cabinet that was ALL of either sex. That is not and would not be a true representation of Australian Communities.

I believe that Cabinet was put in place on the premise that each person was selected because they were the ‘Best Person’ for the job.

THAT is my concern.

There is a genuine systematic issue within the Liberal Party in relation to how women are viewed.

This view is based on;
** Their policies and

** Their executive structures (In each state and territory).

** The comments made by various Party Members consistently, particularly Tony Abbott, well-known for his regressive views on women. Who could forget how he let slip that he thought one of his young Liberal candidates had a bit of sex appeal. Tony Abbott could have used that opportunity to be remarking about the reasons why she would be an appropriate candidate.

‘Sex Appeal’ is not a valid reason the community would want her representing them. (At least in my mind. Granted I could be the only one who thinks this way)

Most importantly – does she work hard? Let us hear about how she has demonstrated her commitment to the community.

Let us NOT hear about how a man views her as a sexual being in THIS CONTEXT because it’s NOT relevant.

Being sexually appealing to someone is not a bad thing. However it is not warranted or appropriate to share when coming from a man who is married, has 3 daughters and was potentially going to be our Prime Minister.

Yes, I think there is something wrong here, and yes, I absolutely think it needs fixing. 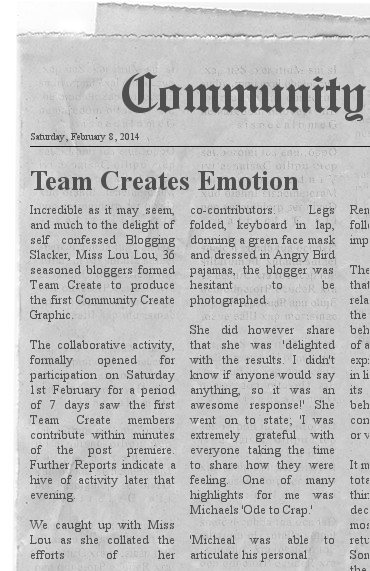